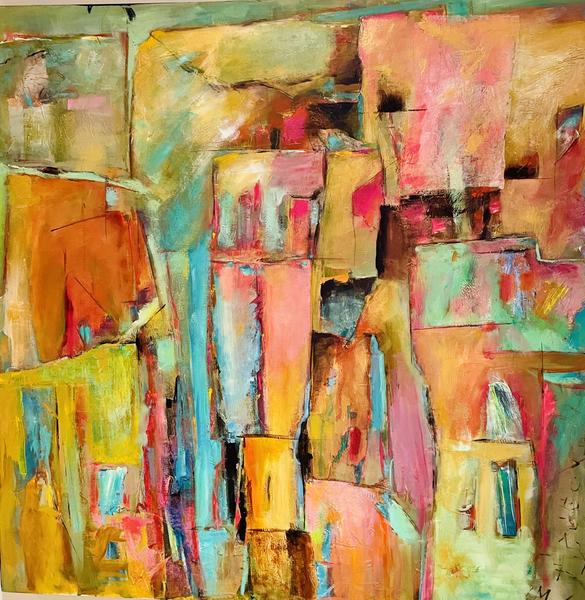 “These paintings represent a sense of a certain ebb and flow to our lives which frequently goes undetected in our thoughts, or in our physical environment. So, for example, we often make choices which have unintended consequences, as if some unseen hand is pointing us in a direction which is totally different to the one we are following. For me, my art is an observatory, a place to explore those invisible energies which shaped our past, which influence the present, and which mould the future. We are but fragments in a universe of so many other fragments, all forming part of an invisible, yet constantly pulsating whole.

I try simply to draw upon those energies to bring some of these fluctuating elements together to illustrate at least part of that whole. In doing this, I often allow the paint to flow where I hadn’t intended it to, so that the canvas begins to take on a life of its own. It is as though communication is taking place between artist and canvas, allowing figures, features and spaces to emerge from the unspoken dialogue.”
Lisa Mounteer Watson is Californian, but has lived abroad for over 30 years. She majored in Fine Arts at the University of California, Santa Barbara in 1980. After living in the UK and Belgium for twelve years, she moved to the Middle East in 2002 and lived in , Oman, Abu Dhabi and Qatar. The Middle East inspired her to return to her passion for painting. She now resides in the English Countryside, new Newbury, Berkshire.

Get directions from Google 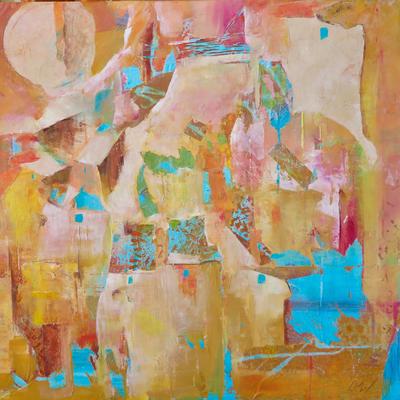