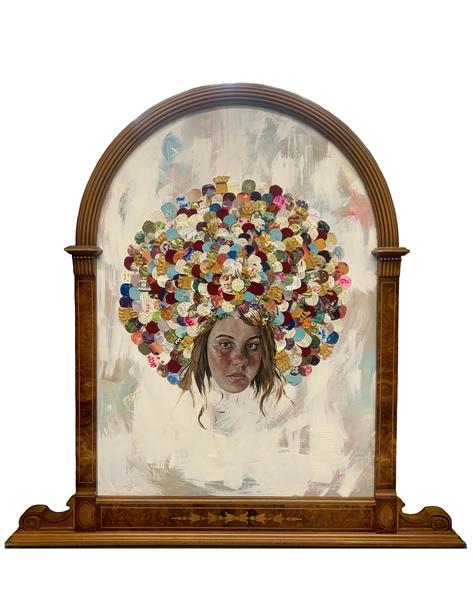 Ellie’s work fundamentally focuses on women. As a response to the millennia of women in art history who have been painted for and by the male gaze, Ellie’s artwork gives her female sitters agency; they hold the power in their portraits. Within her work, Ellie looks to reclaim the gaze and create a relationship or a discourse of sorts between the sitter and the viewer; more often than not, as one looks at the portrait, the portrait looks back.

Ellie’s work seeks an interaction between the portrait and the background which interact, disrupt and peek through one another in a dialogue. The portrait and the page work together to highlight and conceal the sitter, controlling what is shown and what is kept back. The women depicted have parts of themselves hidden – their bodies rarely featured. They are only captured in a moment; they have stories which are unshared or yet unexperienced. What is hidden is equally as important as what is shown. Just as in a conversation, what is said is often as important as what is left unsaid, lingering in the background.

Currently, Ellie's work is experimenting with mixed media, incorporating pressed flowers, fabrics and photography amongst other materials into her portraits, adding an extra visual dimension to the pieces as well as creating a further dimension to the women portrayed.

Get directions from Google 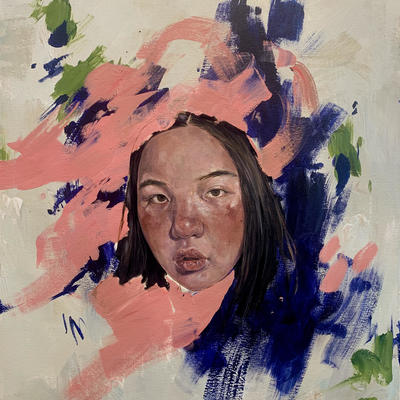